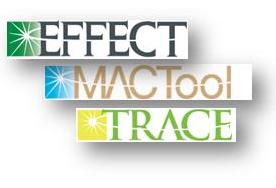 There is an ever-growing demand for analytical tools to help countries map out a path to sustainable growth. ESMAP’s low carbon development tools are now being put to use in a wide variety of client countries—a fact that was highlighted at two sessions during the World Bank’s recent Sustainable Development Network (SDN) Forum 2012, held on February 21 to March 1.

A session on February 22 on “The Urban Development and Energy Nexus,” attended by over sixty participants, looked at the use of TRACE in World Bank engagements with countries in two regions. In East Asia, information from TRACE deployment in Cebu in the Philippines, Surabaya in Indonesia, and Da Nang, Vietnam has been used to help create energy and emissions sustainability guidelines for World Bank operations in the East Asia and Pacific region. In the Eastern Europe and Central Asia region, TRACE has been implemented in six counties. In Macedonia, TRACE has been used to inform the country’s municipal infrastructure investment project, while in Georgia is has contributed to the development of a Municipal Development Fund. In Turkey, TRACE’s implementation led to the inclusion of sustainable cities in the World Bank’s partnership strategy with that country.

A second session was held on the SDN Forum’s energy training day, March 1. The session, attended by over 40 participants, focused on clients’ perspectives on all three tools. In Brazil, MACTool is being used to design a local cap and trade system. In Nigeria, a modeling group has been set up specifically to use EFFECT within that country’s Energy Analysis and Planning department.