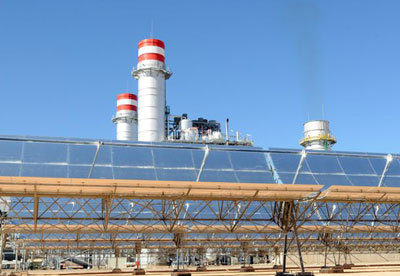 Following the November 2011 approval of the Ouarzazate I project in Morocco, slated to be one of the largest concentrated solar power (CSP) installations in the world, international efforts to scale up CSP in the Middle East and North Africa region are entering a new stage. These efforts, which bring together the World Bank, the African Development Bank (AfDB), international donors and governments in the region, are being funded through a Clean Technology Fund (CTF) investment plan that leverages both public and private funding.

ESMAP is continuing to support these efforts through analytic work and by facilitating knowledge sharing. A workshop in Tunis on June 28, 2012, partially supported by ESMAP, brought together government officials, World Bank Group and AfDB officials, and technical experts to chart a path forward to accelerate regional CSP development.

A panel of decision makers from Tunisia, the WBG and the AfDB opened the session by remarking on the opportunities for CSP in the region given the resource potential, the growing demand for cost effective grid-friendly energy sources and the possibility of partnerships for clean energy exports to Europe.

Country representatives for Algeria, Egypt, Morocco and Tunisia gave reports on the status of their existing and planned CSP programs. Each presentation highlighted renewable energy planning at the national level, with specific CSP targets presented in some cases. The need for continued CTF investment support for their respective CSP programs was emphasized by Morocco, Egypt and Tunisia.

Algeria, given its high solar resources and land availability, hopes to position itself as an important provider of green electricity for export. The national plan aims to install 2600 MW of solar capacity by 2020, and an additional 10,000 MW for export by 2030. As a consequence, the country expects to save natural gas, create new jobs and reduce greenhouse gas emissions.

Egypt, which faces annual growth in energy demand of 7-8 percent, plans to increase the contribution of renewable energy to the national power mix to 20 percent by 2020, with solar making up 2.2 percent. Achievements so far include the 140 MW Kuriemat ISCC project, and the 100 MW Kom Ombo project, which is under preparation.

The representative from Morocco pointed out that Morocco has created research institutions in order to facilitate solar scale-up, and already has interconnections with Europe through Spain.

In Tunisia, a committee is working on the legal framework to facilitate the development of new projects and electricity export to Europe. The national program includes a 50MW project (STEG), a 100MW power plant (ELMED) now under preparation, and construction of infrastructure to enable exports.

The day also looked at CSP experiences from low and middle income countries around the world, in particular projects in China, India, South Africa and Botswana. Participants shared insights on the impact of policy incentives, the difficulty in scaling up CSP without concessional financing, and the trade-offs between feed-in tariffs and competitive bidding in developing countries.

The workshop also investigated emerging issues such as the impact of CSP versus solar PV on electricity system planning and new alternative procurement options. An overriding theme of the day was the complexity of CSP and the need for effective long-term planning for the success of the regional investment plan. The next update on the investment plan is scheduled to be presented to regional governments in the last quarter of 2012.