Rethinking Power Sector Reform is a multiyear initiative that aims to refresh the policy debate, by presenting a comprehensive picture of developing country experience with power sector reform that distills the lessons learned over the last 25 years and reflects on how recent technological trends that are disrupting the sector may call for new thinking on reform strategies. The program was made possible thanks to financial support from the World Bank’s Energy & Extractives Global Practice, the Energy Sector Management Assistance Program (ESMAP) and the Public–Private Infrastructure Advisory Facility (PPIAF).

During the 1990s, a new paradigm for power sector reform was put forward emphasizing the restructuring of utilities, the creation of regulators, the participation of the private sector, and the establishment of competitive power markets. Despite widespread efforts, only a handful of developing countries have fully implemented these Washington Consensus policies. Across the developing world, reforms were adopted rather selectively, resulting in a ‘hybrid model’ where elements of market-orientation coexist with continued state-dominance of the sector.

Read the feature story and the full report (English) 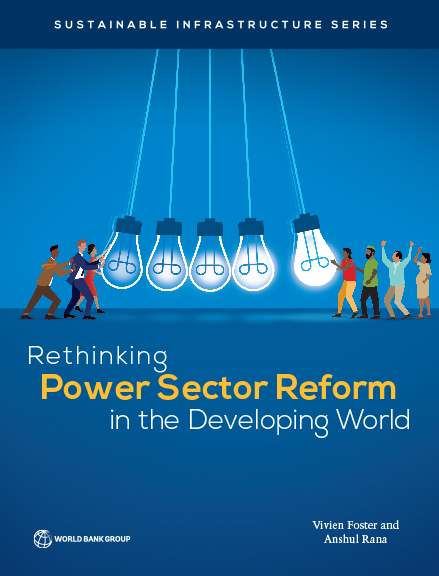 A nuanced picture emerges. While regulation has been widely adopted, practice often falls well short of theory; and cost recovery remains an elusive goal. The private sector has financed a substantial expansion of generation capacity. Yet, its contribution to power distribution has been much more limited, with efficiency levels that can sometimes be matched by well-governed public utilities. Restructuring and liberalization have been beneficial in a handful of larger middle-income nations; but have proved too complex for most countries to implement.

Based on these findings, the report points to three major policy implications.

Knowledge reviews are organized by five major themes plus an overview paper:

Country Case Studies will be posted at the following hyperlinks as they become available.